What a year. I need to get back to writing more. Let’s talk some music.

Here are my 5 favourite albums released this year. I will be generous with the definition of “released” - primarily so I can include Faces on the list. 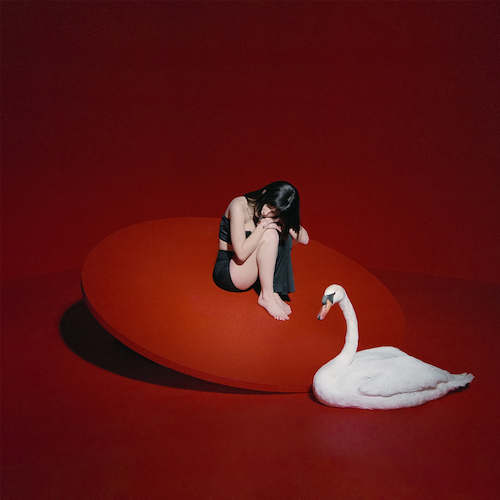 Cinema by The Marías

The Marías weave together a psychedelic, lush, and intimate atmosphere in a stellar debut album.

Faves: Calling U Back, Hush, All I Really Want is You, Little by Little, Un Millón 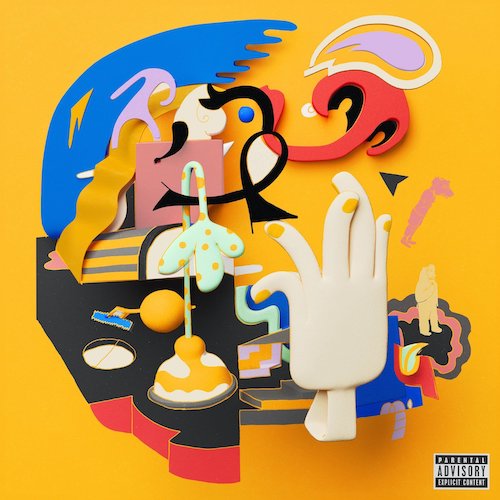 The BH boys give us another energetic but mature project.

Faves: BUZZCUT, CHAIN ON, THE LIGHT, DON'T SHOOT UP THE PARTY 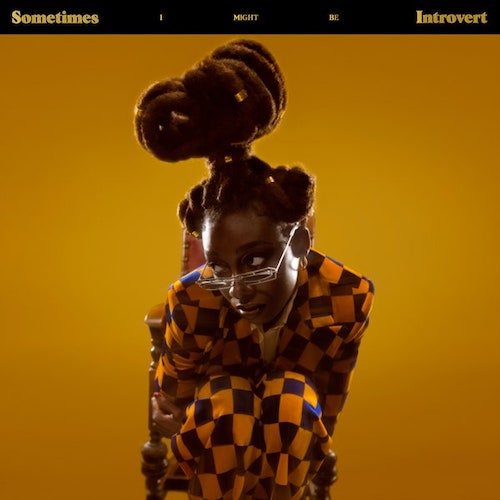 Little Simz pushes the envelope of rap with a concept album of theatrical and epic proportions. 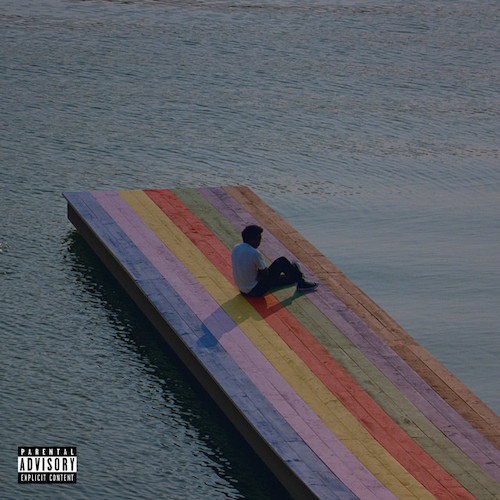 The Melodic Blue by Baby Keem

Keem breathes new life into trap with the most diverse and innovative production in the mainstream.

Other Albums I That I Liked

There were quite a few albums that I enjoyed listening to this year, even if they weren’t my favourites. Here are some other good releases in 2021, and other albums that I listened to for the first time this year.

There were so many EPs, I wanted to give them some space. My favourites:

I’ve discounted EPs that have become major parts of albums, like Peggy’s EP2!.

Intentionally a much shorter list, but I have something to say for each of these albums/EPs:

Albums I Will Get Around To Soon

A new section I’m making mostly to keep myself accountable!

Songs of the Year

Splitting this section up a bit more this time!

My music rotation involves listening to 42 songs on repeat (in a playlist called amperes). Fittingly, here’s an (alphabetical, but otherwise unordered) list of my favourite 42 songs from 2021; I’ll restrict this to one song per album.

Otherwise, most of my songs of the year are already covered in the albums that I’ve mentioned, but there are a few others that are either standalone singles or come from albums that I didn’t love front-to-back.

For a song to qualify here, I listened to it (and added it to a playlist) for the first time this year. 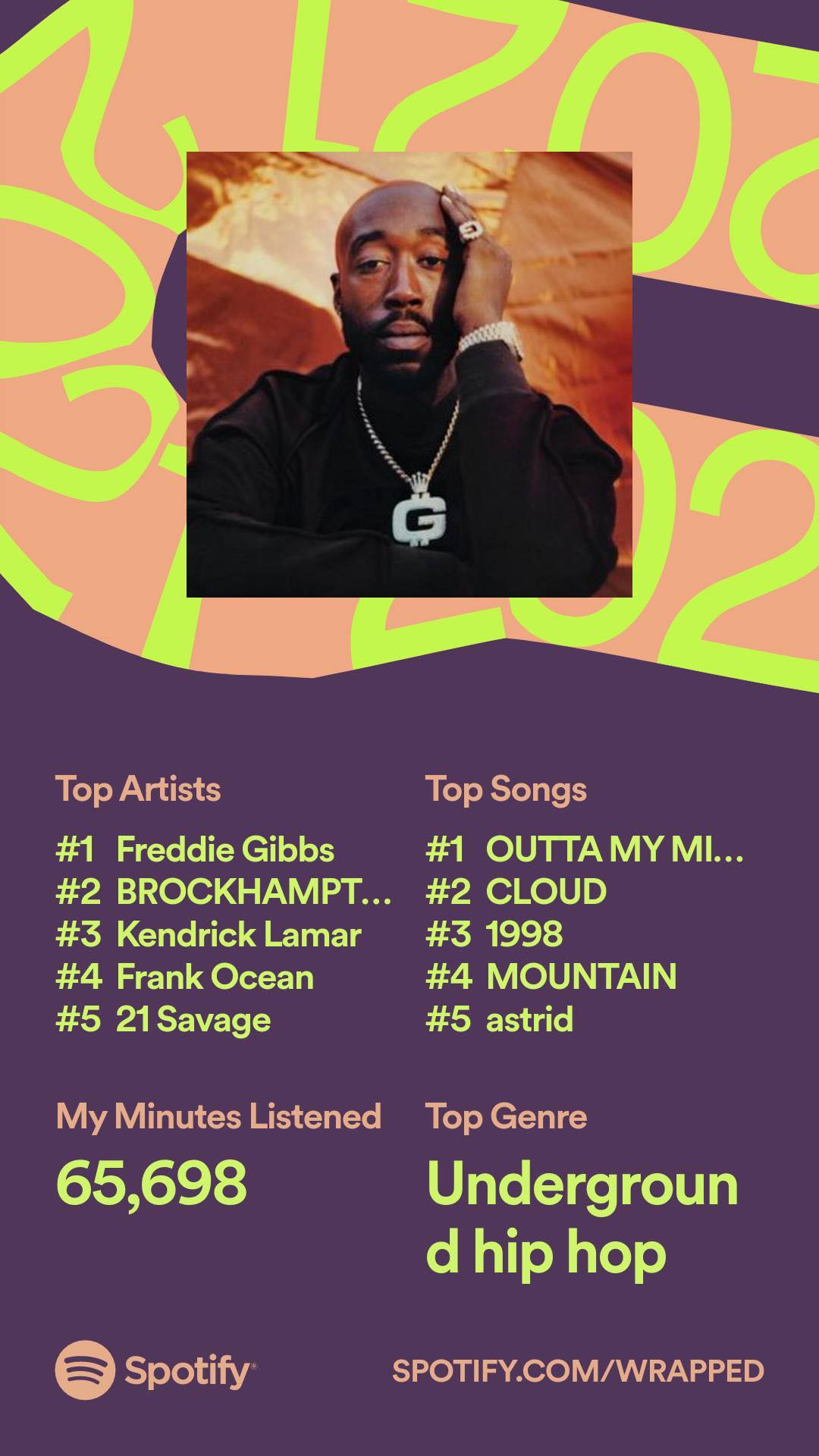 This time, Monsune is only at 4/5 of my top songs (rather than 5 last year). Glaive takes the fifth spot with the hyperpop earworm astrid.

This year, there’s no overlap with top artists and songs - which is a fancy way of saying that Monsune didn’t make the top 5. I’m a bit surprised with Freddie’s #1, though Pinata, Bandana, and Alfredo have all been in rotation throughout the year for me. BH is the only artist that released a new album this year; Kendrick and Frank are only there through the strength of their discographies, and I’d wager that 21 is being carried by Without Warning and a lot (one of my favourite rap songs period).

The number of minutes listened seems to go down every year. One correlation is that I worked two internships this quarter, and I don’t tend to actively listen to music while coding.

This is year three of last.fm. You can visit my page to do a deep-dive of stalking, but some interesting tidbits. Anecdotally, last.fm suffered more service outages, so I have an inkling that these numbers are all undercounts.

Other Thoughts on 2021 In Music

Last year, I think I felt like a bit of an old grandpa - particularly in criticising rap. To end off on a more positive note, there are a ton of artists that I’m really excited for!

Something I’ve liked seeing on the internet is predictions and wishlists for genres. I’m relatively deep in pop and rap, so I’ll do some predictions for both.

While this was a big year for music, I also felt that there were quite a few disappointments. Without delving too deep:

Artists/albums that did not technically release a new project this year, but deserve a shoutout:

I think my big next steps for music next year are to:

Adding on to last year’s list, I have a few more people to thank for adding to my music taste this year: Austin, Christian, Emmy, Muthu, Nhi, Param, Sriram, and Zian. We got some fire blends!

I’ve had quite a bit of fun making playlists this year: from narrowing down a variety of different rap genres, to playlists for certain people, to playlists about extremely particular elements of songs (great producer tag placement or Pharrell’s 4-count). It’s especially fun when people ask me confused questions about my playlists.

Thank you for reading My Music in 2021, A Glance. It was written on Dec 25, 2021 by spotify wrapped stalker matt. It was 4569 words long, and should be a ~ 25 minute read. It was categorized under entertainment.